I run lots of children’s comics and illustration workshops which always include character creation. I ask the group to think about the kinds of characters they like to read about or watch – are they adventurous, mythical, funny, crazy, scary or ‘real life’? I also suggest they come up with a character that’s simple to draw such as a ‘super slug’ as they’ll have to draw their character multiple times when they go on to create a comic or a picture book plan.

There are sometimes one or two children who simply don’t know where to start and need a bit more help and encouragement. I suggest creating a fox from triangles, and I do a thumbnail sketch on the corner of their page as an example. I encourage them to create more animals using this method. The shape animals give the child something to draw without any pressure or fear of failure and I’ll often come back later to see that they’ve started confidently drawing other characters. 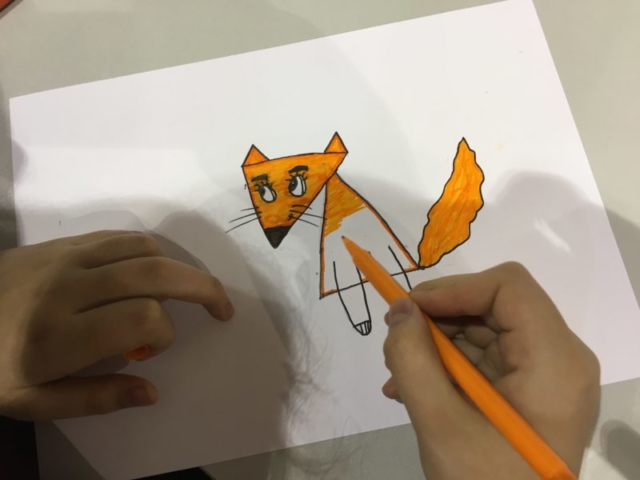 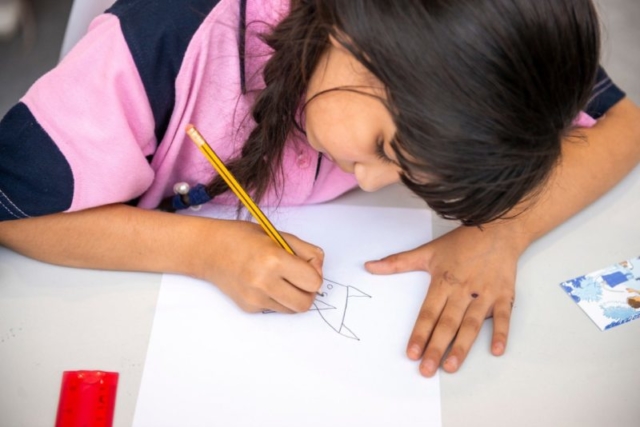 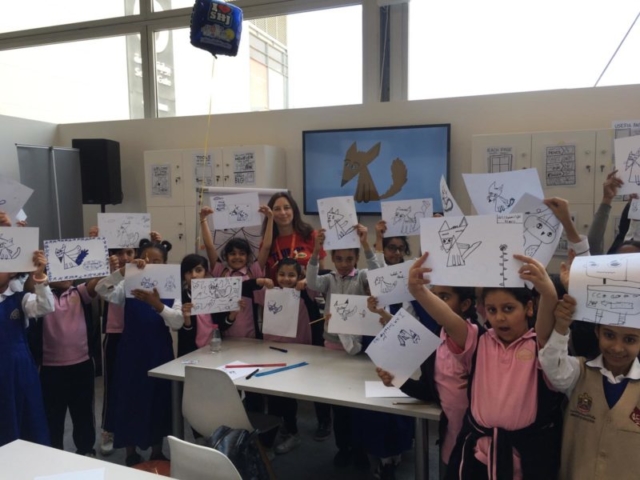 I went on to create my own triangle fox to use as a step-by-step drawing exercise. I started with a lot of experimental sketches then added a mouse, an owl and a grumpy bear cub. I always encourage the children to individualise their drawings after we’ve mapped out the basic structure. I particularly encourage them to experiment with the eyebrows which instantly give expression and personality. The group can also turn their character into a superhero or villain with the addition of a mask and cloak. I love seeing all the different versions at the end.

For the portfolio versions, I came up with a colour scheme and added the colour and texture on Photoshop. Using a different approach is a liberating way to create something fresh – I’m pleased with the way they turned out. I think this style would be great in a board book or a ‘how to draw’ book. 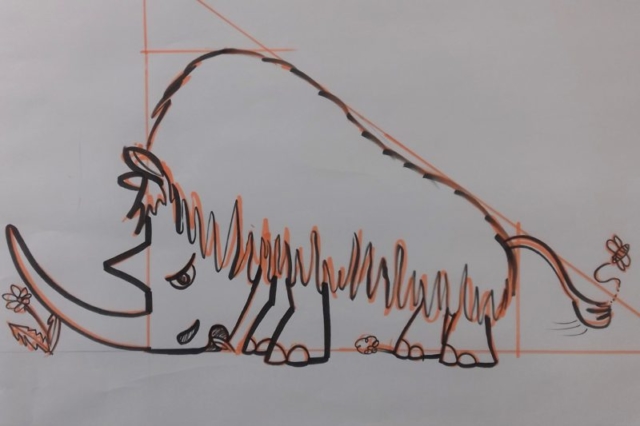 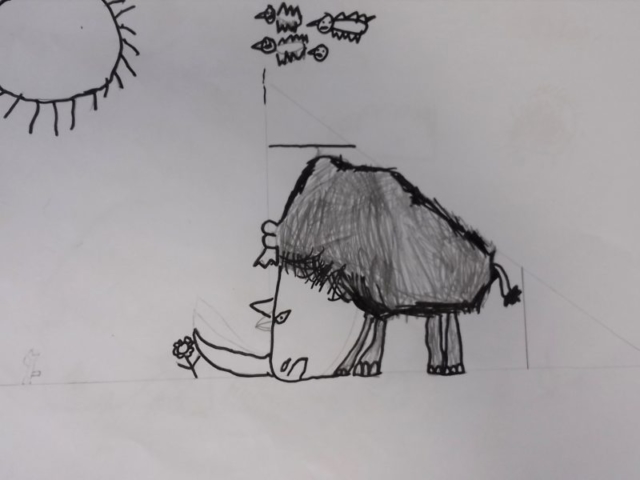 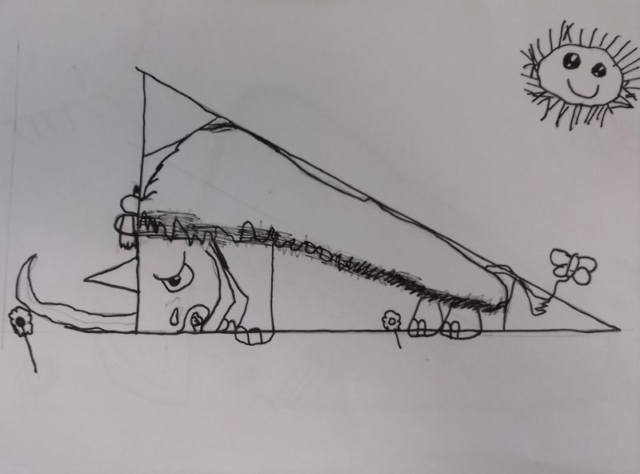 I was recently asked to do a Stone Age workshop for year 3 classes and decided to come up with a new ‘learn to draw’ character. I wanted it to be fun and also to tie in with the shape animal idea. I chose a woolly rhino which has a different style from the other animals and a lot more texture. The year three classes enjoyed the process of drawing the rhino and they did it so well – it was a bit tricky to draw in hindsight. They also came up with wonderful stone age characters and stories of their own.

See more of my portfolio here… and workshop information here.